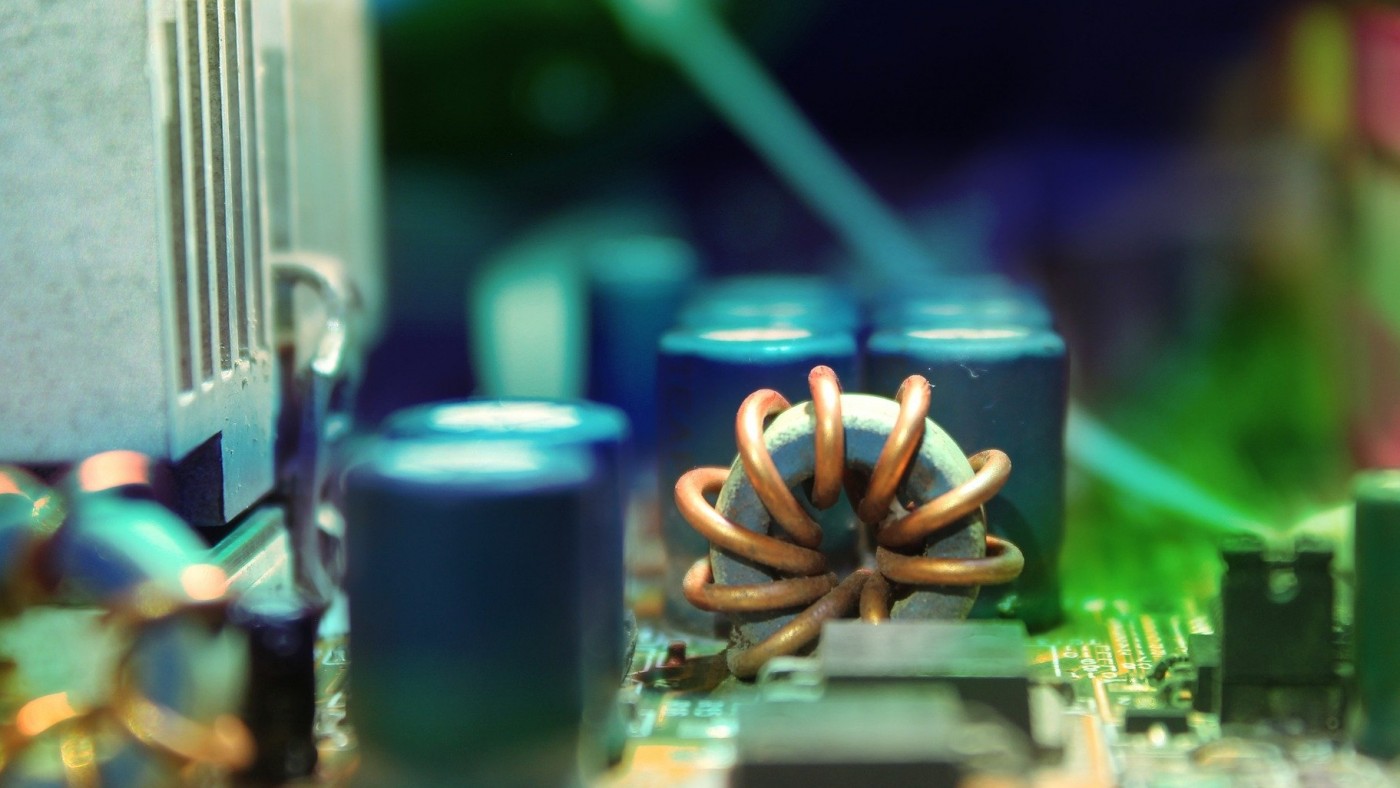 Rise of Taiwan and China

The table below indicates the rise of Taiwanese and Chinese PCB makers in the last 20 years.

In 1998, there were only two makers from Taiwan in the list. Compeq and Nanya. In two years, the number of Taiwan entry increased to four and eight years later, the number increased to seven, 35 percent of 20. The number in 2019 remained seven, but the makers all increased the revenue “tremendously”. ZDT was in 2008 table as Foxconn (Foxconn Advanced Technology or FAT) with $ 550 million revenue. In 2019, its revenue climbed to nearly $ 4 billion. With the purchase of Boardtek, a fellow Taiwan PCB maker, and the current growth mode will push ZDT to be $ 4.5 billion maker in 2020. This one maker’s output will be two times the entire European output!

The sum of Taiwanese entries’ revenues is interesting to see,

Although the durations of the years recorded are different, the total revenue of Taiwanese makers in the list grew 2 times from 1998 to 2000, 3 times from 2000 to 2008 and 2 times from 2008 to 2019 to $12.3 billion. 7 Taiwanese makers produced nearly the total output of 180 Japanese makers in 2019 (overseas included). Amidst current depressed market, the total output by Taiwanese stock-held and over-the -counter PCB makers grew by 3.83 percent YoY in the first half of 2020. The production by Taiwanese PCB makers started to rise further from July. The growth is driven by PC and Tablet demand because of “work-home and study-home” mode and the current surge for these products is expected last into fourth quarter, making Unimicron, Compeq, Tripod, HannStar and several others not in the list such T.P.T. (Taiwan PCB Techvest) and Gold Circuit filled with works.

The demand for high-end (Flip-Chip) IC substrates is high throughout 2020 because of 5G installations. Servers, Data Centers, Antenna/Basestations, Routers, etc., are requiring vast amount of semiconductors, making Unimicron, Nanya PCB and Kinsus (not in the table) very busy. Ibiden, Shinko Electric, and SEMCO are also benefiting from this demand. These IC substrate makers are spending about $3 billion from 2020 through 2021 altogether.

About 65 percent of the production of Taiwanese makers come from China output and 3.5 percent from other overseas production bases, mainly in Thailand (small amount from Clover Electronics in Japan and Unimicron Germany both owned by Unimicron).

The figure below shows “roller coaster” picture of Taiwanese PCB production. Every year, production peaks in October-November period and nose dives in January and February because their customers go through inventory adjustment and due to reduced working days as a result of Luna New Year, which takes place in January or February depending on the year. This roller coaster pattern will repeat in 2020 again, it seems according to various news coming from Taiwan.

Not shown here, Taiwanese July output seems to be 6~7% higher Year-on-Year. There are winners and losers in any country and Taiwan is no exception. The amount of losses is more than compensated by the amount of gains.

Taiwan makers are largely dependent on Apple products. More than 50% of ZDT’s revenue comes from Apple products. Unimicron, Compeq, Tripod and Flexium (FPC maker not in the list) are major suppliers to Apple for iPhones, iPads, iMacs and AirPods. This is one of the major reasons of Taiwan PCB’s cyclic nature. 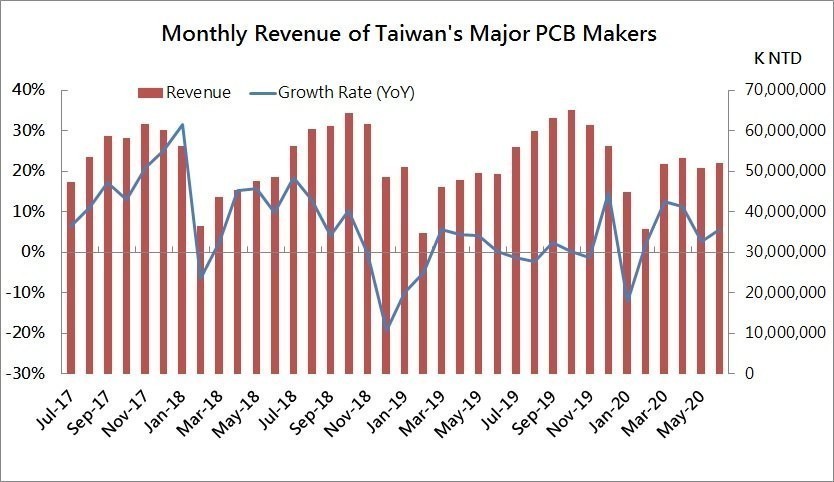 Taiwanese and Japanese PCB makers account for 65~70% of the world automotive PCB output. Unfortunately, automotive sales plunged 30-40% in Q1 and a part of Q2, although the sales of EV in Europe has been very strong so far this year. However, the sales unit of EVs is still 3.5% of the total automobile sales and the PCB demand from this sector is still small. Therefore, the EV boom in Europe benefits only a small number of automotive PCB suppliers. It is reported from several prominent automotive PCB makers that the demand started to increase sporadically in July. 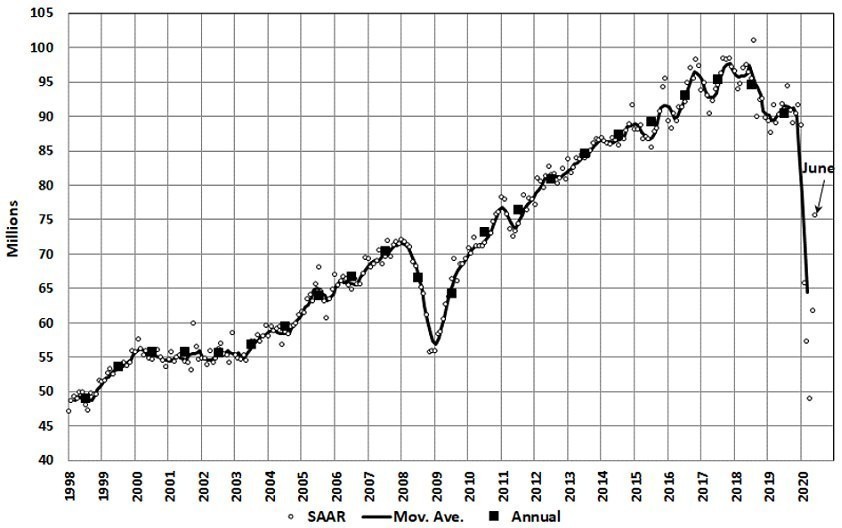 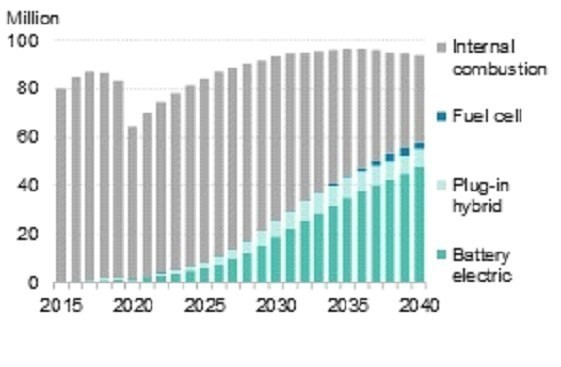 Despite the total car sales in Germany is declining, EV sales is strong in 2020 as mentioned previously and seen from the picture in page 6. The world largest EV market, China, has been weak due partly to the pandemic and partly to the removal of government subsidy. To remedy the situation, the Chinese government re-instituted EV subsidy (Chinese call EV “NEV, New Energy Vehicle”) and according to China Automobile Association, June NEV sales went up to about 80,000 units.

JP Morgan forecasted in 2018 that estimated EV would account for 4 percent of all vehicles sold in 2020. Although the worldwide EV sales may not reach the value predicted in 2018, its share may be about 3.5% of the total automobile shipment in 2020.

PCB requirement for EV is different from PCB for combustion engine powered vehicles. It is interesting to observe the difference. 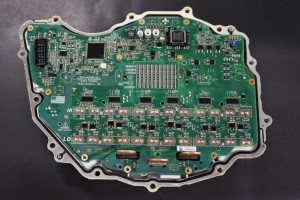 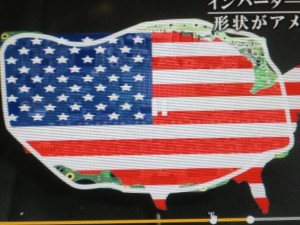 Going back to the table in page 1, we notice that there were no Chinese entries in 1998, 2000 and 2008. Then, “all of a sudden” we see four entries in 2018 – DSBJ (Dongshan Precison: MFlex and Multek), SCC (Shennan Circuits Corp), Kingboard Chemical PCB Group and Kinwong Electronics.

DSBJ’s PCB is the result of M&A. After Dongshan Precision acquired Mflex in May of 2016, it built an enormous FPC plant in Yancheng, north of Yangtze River, with government subsidy ($1.1 billion) and then acquired Multek at the end of 2018. Its growth comes from the acquisition and expansion. 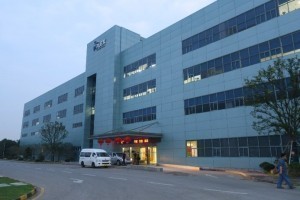 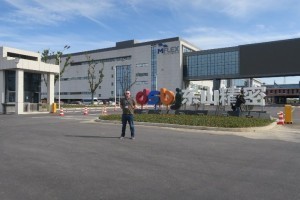 It seems that Multek’s performance is somewhat weak in 2020 as seen from the news below:

Multek has five plants in Zhuhai (B1, B2, B3-B-12, B4 and B5). Each having different Chinese names. Chaoyi (超毅) seems to be the name representing the entire organization. Multek was not able to invest much under FLEX (Flextronics), but now under DSBJ, it has a chance to be enlarged. Multek’s strength is its wide range of products from ordinary multilayer to high-end multilayer, HDI, FPC, Rigid-Flex, substrates, etc.

Shennan (深南電路) is a subsidiary of government owned AVIC (Aviation Industry of China). Its growth is all organic with new plants. It has plant in Longgang,(Shenzhen), Nantong, and Wuxi. Each plant has multiple number of manufacturing buildings. Its products range from high-layer count multilayer boards to IC substrates, rigid-flex boards, PCBA, etc. 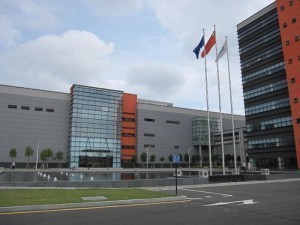 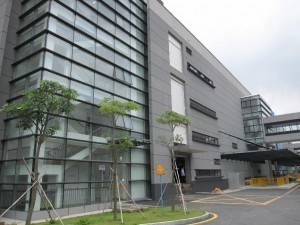 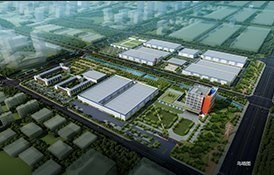 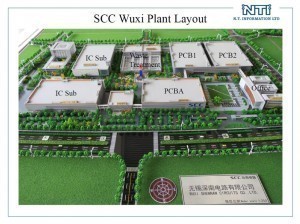 With the current revenue growth and new plants going into full operation, SCC has a definite possibility to achieve $2 billion revenue in two to three years. 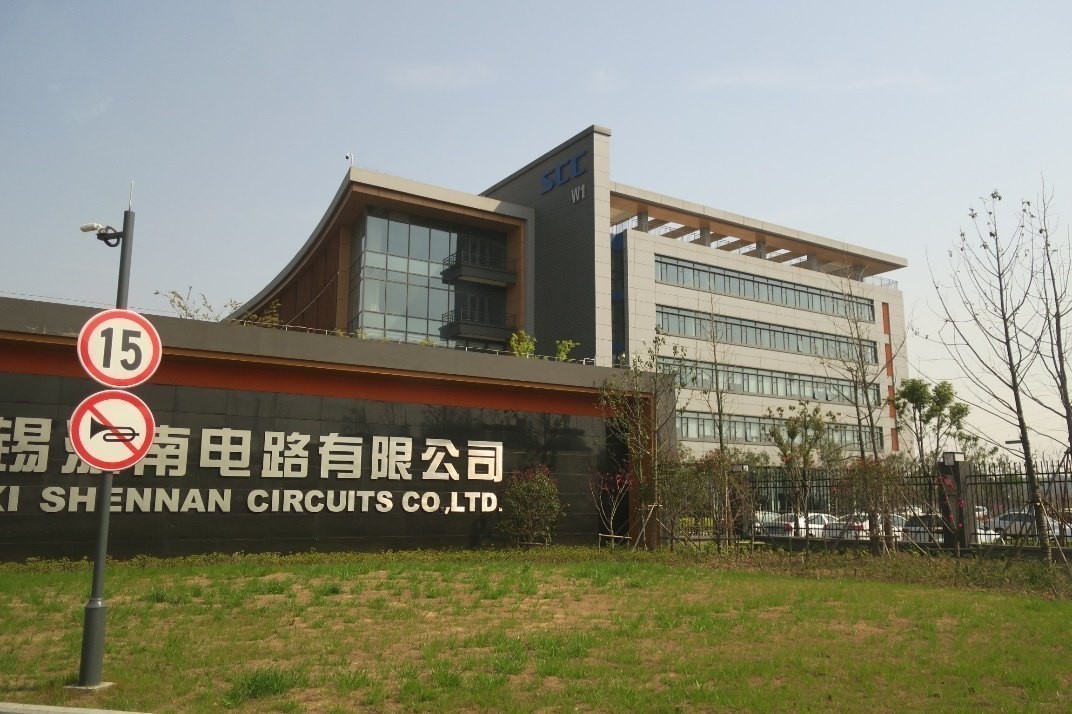 Kingboard Chemical PCB Group consists of Elec & Eltek（依利安達）, Techwise（科恵）, Jiangmen Glory Faith（江門榮信）, Express Circuits (揚宣）, Nippon Circuits (東陽）and Dongguang Wan Nie Fu (東莞万年富). KB acquired all these makers. In early 2019, one of the makers, Kunshan Evertek (依利安達) was shut down for environmental reason. Under Elec & Eltek, there were two plants in Nanjing, but both were closed many years ago.

Evertek Electronics in Kunshan (依利安達電子) was closed in early 2019 due to environmental issues. Nanjin plants were shut down yeas ago. KG PCB group covers wide range of applications from consumer electronics in concluding smart phones to high-end of multilayer boards for 5G infrastructure applications. 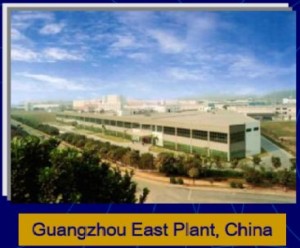 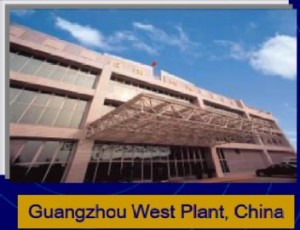 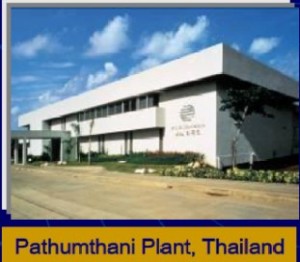 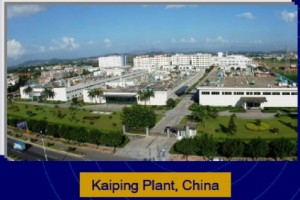 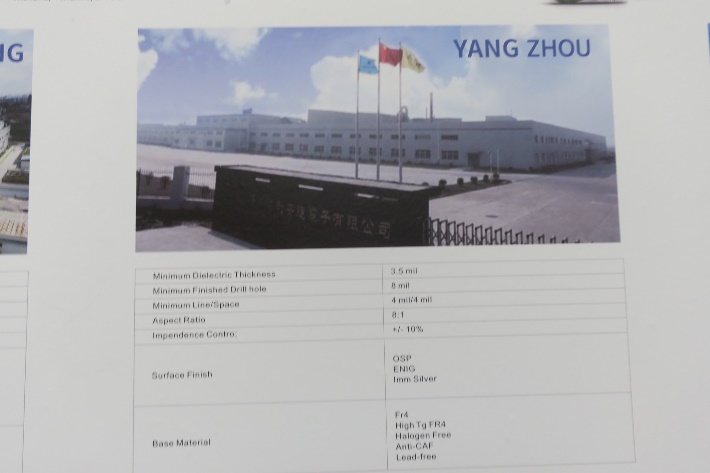 It will take up too much pages to describe all these subsidiaries. Therefore, no further explanation of KB PCB group will be made here. Its revenue has not grown in the last several years. Of $1,234 million total revenue, approximately 30 percent come from automotive PCB. A document indicates 2019 revenue to be $1,342 million. $1,234 million is quoted from KB’s 2019 annual report.

Kinwong（景旺電子）is another rapidly growing Chinese maker. The author had a chance to visit its Plant 2 in Ji’An, Jiangxi Province three times, most recent in December of 2019. He was given a tour of the plant called “Smart Factory”. Many clever automations were observed. Everything is “Chinese Size” including 5 VCPs, each 110-meter long and handles 50,000m2 panel per month, or total of 250,000m2 per month. Automated Guided Vehicles (AGV) were seen everywhere carrying panels. 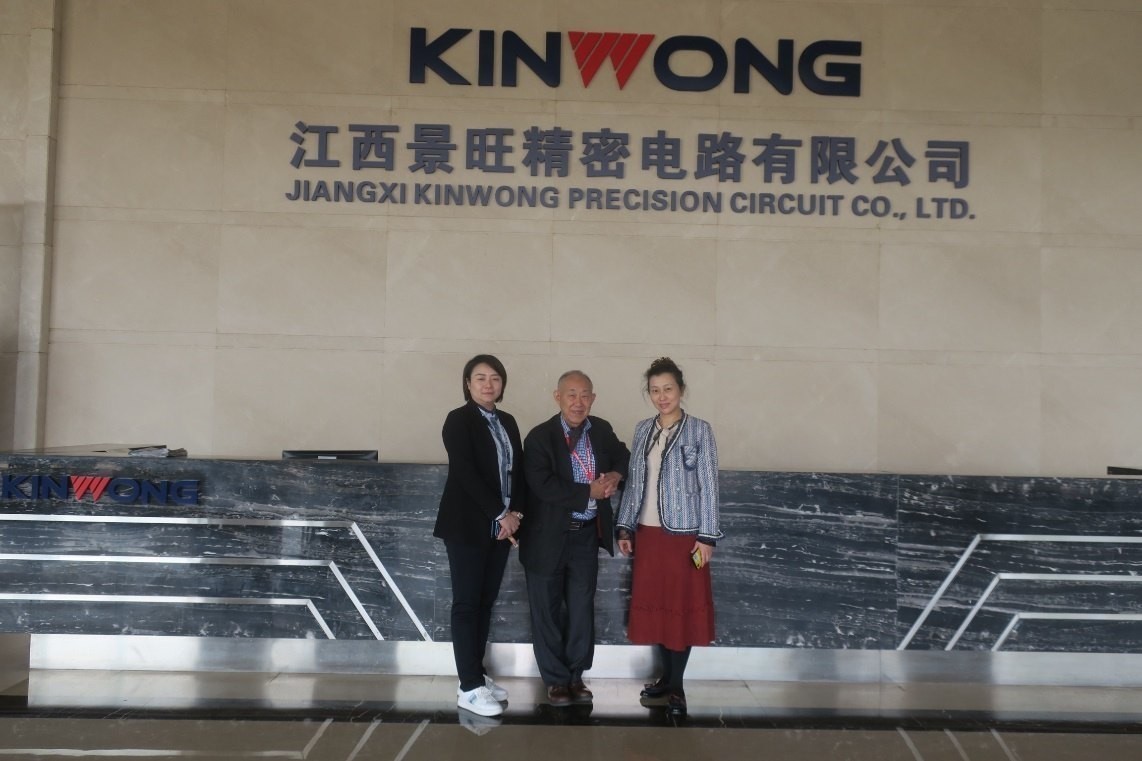 In China, many top managers are females, Daisy, Author and Emily 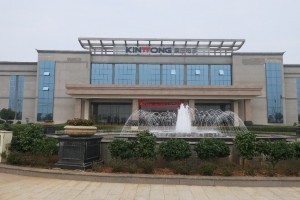 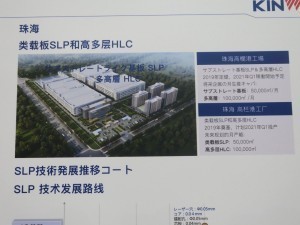 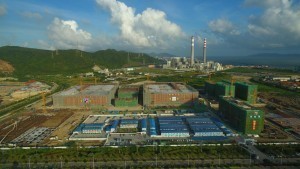 Kinwong is one of the world top FPC makers (see the table in 16). Looking at the Zhuhai plant, it will start with High-Layer-Count multilayer (HLC) boards at right side building and SLP (Substrate Like PCB or high density HDI boards) at the left side building.

There are six Chinese FPC makers among world top 20.It is estimated that the global FPC output in 2019 was about $ 17 billion (inclusive of FPCA by FPC makers). 2019 world PCB output is estimated to be $76 billion. Then, FPC share is about 22 percent. Smartphone is the single largest user of FPC. For example, iPhone uses about 20 FPCs.

When it comes to Chinese PCB makers with FPC revenue less than $100 million, it is very difficult to grasp because there are at least 200 “FPC” makers (rigid board makers with FPC capability included.)