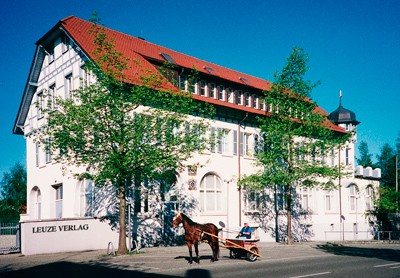 In 1902, Eugen Georg Leuze (born on August 8, 1874 in Reutlingen) founded the “Galvanotechnik“trade journal in Leipzig; it is, therefore, the oldest magazine worldwide dedicated to this area of expertise. Another renowned trade magazine, the American „Metal Finishing“ was founded one year later.

It was on December 4, 1943, that the publishing house in Leipzig was completely destroyed by bombs, the business however was carried on until the end of war in 1945. From 1946 to 1952, the after-effects of the Second World War prevented the “Galvanotechnik” from being published, which is why its 100th edition could only be celebrated in 2009.

The new start in Saulgau in 1952 under the management of Heinz Leuze, the second owner of the company, was only possible after a compulsory seven-years break and in 1952, the first journal after the war was published with a November/December double issue. It was mere coincidence that the publishers’ new headquarters were so close to Reutlingen, the birthplace of the company founder.

On November 9, 1983 Heinz Leuze died unexpectedly during the Productronica. Since then, his son-in-law, Kurt Reichert, together with his wife, Sylvia Leuze-Reichert, and his sister-in-law, Inge Leuze, have successfully led the publishing house, now in the third generation.

Even after the war, the “Galvanotechnik" magazine remained one of the most important trade journals in the field of metal surface treatment. In up to 4,000 copies published each month and distributed in 50 countries around the globe, it mainly informs about electroplating of metals and plastics. Moreover, it provides the reader with information about new process technologies in this sector, from photovoltaic, physical thin films, the recently booming microsystem technology up to the still important environmental technology. 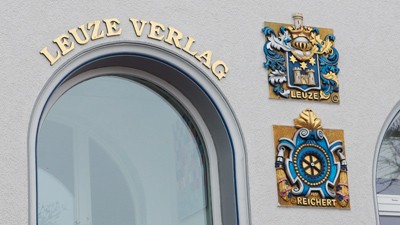 Due to the extraordinary commitment and the pleasure Kurt Reichert took in his work, the publishing house experienced a lot of positive changes. In 1987, the company acquired the building of the former Federal Mail in Saulgau and after 12 months of renovation and refurbishment, the publishers moved into the representative new building in the heart of Saulgau, which has become a spa town by now.

“PLUS“ - the new trade journal

In 1999, Kurt Reichert launched a new, second monthly magazine, the „PLUS – Produktion von Leiterplatten und Systemen" (Production of PC-boards and systems). This new publication was received extremely positively by industry experts and today, it belongs to the most successful and sophisticated trade journals in the field of electronic circuit technologies.

In the morning of the 23rd October 2008, Kurt Reichert unexpectedly passed away on his way to work. He still had numerous plans and ideas for his publishing house which he intended to realize full of vim and vigor in the years to come - this is now the task of his successors.

The publication of reference books was one of Kurt Reichert’s passions and under his aegis the portfolio of reference books was constantly expanded. He invested a lot of time and considerable means, since he attached great importance to the high quality of books and the comprehensive coverage of the readers’ needs. Today, with about 100 book titles, the Leuze Verlag belongs to the most important providers of technical literature worldwide. Kurt Reichert turned Leuze into the prime address for publications in the field of electroplating and surface technology as well as PC boards and electronic production technology, not only in the German-speaking world.

His wife, Sylvia Leuze-Reichert, continues to manage the publishing house in his interest.

History at a glance

The Leuze Verlag is your source for in-depth technical information.
Written for experts by experts. Journals, Books and Textbooks about electroplating and surface engineering
as well as packaging of integrated circuits in the field of electronics - for more than 110 years
professional information and expertise at first hand.