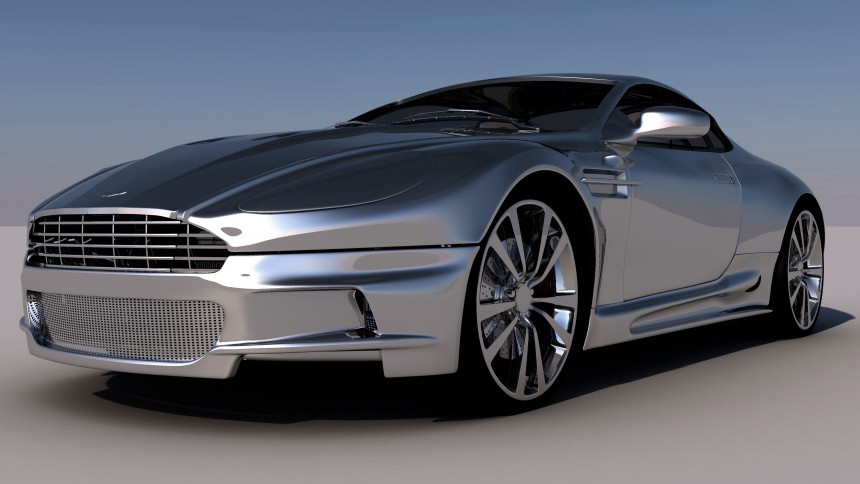 There is growing demand for light metal alloys components in aerospace and automobile fields primarily to save fuel cost. Magnesium alloys promise a great potential for various applications as lightweight structural materials. This advantage stems from their low densities and high specific strength/weight ratio. Other advantages are good electrical and thermal conductivity, good impact strength, ability to dampen shockwaves, ease of forming at room temperature, weldability, buckling resistances, ductility and pressure tightness. Despite sounding like a designers' dream metal, magnesium has two grave drawbacks that limit their widespread applications: poor corrosion resistance and the relatively frail surface mechanical properties. Owing to the exceptional engineering properties of magnesium alloys ample attempts have been made in last few decades to develop suitable surface protection techniques. In this article the advances of chemical conversion coatings on the magnesium alloys are discussed.

Anodizing is an electrochemical process to obtain passivation protective film on the metallic job that acts as an anode. The process is called anodizing because the part to be treated forms the anode electrode of an electrolytic cell. Anodising increases resistance to corrosion and wear, and provides better adhesion for paint primers and glues than bare metal does [102].

Anodizing is one of the most widely used surface treatments for magnesium and its alloys. In this electrolytic oxidation process, the surface of a metal is converted to an anodic oxide/hydroxide film with desirable protective, decorative or functional properties. The modern anodizing processes used for magnesium alloys provide superior corrosion protection and abrasion resistance than chemical immersion coatings. Anodized surface also serves as an improved base for subsequent paints or organic dye stuffs than most of the immersion treatments.

Many of the electrochemical treatments, which failed to offer any major benefits over the chemical immersion processes have now become obsolete. The currently available anodic treatments on magnesium alloys are based on caustic type or mild alkaline electrolytes or uses modified acid fluoride. Both these methods produce thick, dense, adherent corrosion resistance coatings.

Harry A. Evangelides at Frankford Arsenal developed a modification of many caustic type anodizing processes that have been used for magnesium alloys in the past. The Frankford Arsenal is a former United States’ army ammunition plant at Northeast Philadelphia, Pennsylvania. This process subsequently became a commercially popular process by the name of HAE anodic treatment. HAE process provides improved corrosion protection and abrasion resistance among all the anodizing processes available on magnesium and its alloys. The following solution is used for anodization:

The chemicals are dissolved in water in the order as given above. If potassium permanganate is used, it should be completely dissolved in hot water before adding to anodizing tank. A steel tank with heating / cooling coils is utilized. The HAE anodizing process is used with alternating current since direct current is not satisfactory. Work itself is used as electrodes. There are three types of coatings that can be produced from the same electrolyte with the variation in operating conditions.

Low voltage soft coating process: A soft smooth olive-green colour coating is obtained by using ~ 9 V a-c at a current density of 3–4 Adm–2 for 15–20 minutes. The bath temperature is maintained at 60–65 °C.

High voltage light coating process: This coating is also soft and smooth, but tan in colour. The bath temperature is maintained at 20–25 °C and a cooling is usually required. A current density of 1.8–2.2 Adm–2 is applied, the terminating voltage of ~ 60 V and a possessing time of about 45–50 minutes is used.

High voltage hard coating process: The hard coating is obtained by anodizing to a terminating voltage of 85 V, the coating is brown in colour and somewhat rougher than the lower voltage coatings. A current density of 1.8–2.2 Adm–2 is used for 60–65 minutes. The bath is operated at a temperature of 20–25 °C and cooling of solution is required to maintain it.

After anodizing the parts are thoroughly rinsed in cold water and then a post treatment dip for 1–2 minutes at room temperature is given in a solution containing 100 g/L of ammonium acid fluoride and 20 g/L of sodium dichromate. The parts are then rinsed in cold and hot water and then dried. This post treatment is necessary to neutralize the alkali retained in the coating. The neutralizing treatment enhances the protective value of the coating and improves the paint adhesion properties.

This anodic treatment is applicable to all forms and alloys of the magnesium. The process is based on an aqueous acidic electrolyte containing combination of fluoride, phosphate, chromate and sodium ions. Either alternating or direct current can be used, but alternating current is most commonly employed because of lower cost of electrical equipment’s and higher production rate (as the coating is obtained on both the electrodes). However, at a given current density, approximately 30 % less time is required for anodizing when direct current is used.

Three specific types of coatings can be obtained by this process depending on the terminal voltage employed. Parts to be processed are first degreased, pickled to remove gross surface contamination and then anodized in either of the following solutions [67]:

For preparing above solutions, the chemicals are added in the order as shown above while stirring. After addition of all the chemicals, the solution is heated to 82 °C and stirring continued to ensure thorough mixing of chemicals. A steel tank with heating coil is recommended. Stainless steel and lead are attacked. The tank can be lined with any synthetic rubber of vinyl type to prevent electrical grounding. Either an unlined tank itself or mild steel electrodes are used as cathodes with d-c, but the work itself is used as electrode with a-c.

Clear coating: A very thin coating is used as a base for subsequent clear lacquers or paints to produce a final appearance similar to clear anodizing on aluminium. Anodizing time is 1–2 minutes.

Low voltage thin coating: The best combination of protection value and paint base properties is obtained by this process. Process time is 2–5 minutes with end voltage of 60–65 V, depending on the nature of alloy and applied current density. A coating thickness of 5–6 µm is produced, which is grey to pale green in appearance.

Regular high voltage coating: It offers the best combination of abrasion resistance and protection value as well as good paint base characteristics. Anodizing time is 10–30 minutes with a final voltage of 75–95 V for obtaining a coating thickness of 20–40 µm. the coating is full medium green in colour.

(4) Anodizing in the following bath solution and operating conditions:

The anodic coating is formed by a chemical reaction between the magnesium alloy surface and hexavalent chromium. Magnesium is oxidized by the hexavalent chromium, which is reduced to the trivalent state [103]. As the concentration of chromium and other electrolyte constituent ions reduces due to the chemical reaction at metal electrolyte interface, an alternating current supply is required. Alternating current enables replenishment of the reactant concentrations at the metal electrolyte interface on one electrode, while producing a coating on the other. The coating is composed of hexavalent and trivalent chromium and the substrate metal (in the form of chromate, phosphate, hydroxide, and bifluoride). In addition, some traces of sodium silicate due to sealing in silicate solution are also present. The EDX analysis of the anodic film showed the presence of sodium, magnesium, phosphorus, silicon and chromium.

Process optimization was carried out by investigating the influence of various operating parameters, including variation in electrolyte temperature, applied current density, and postdeposition sealing on the physico-optical properties of the anodic coating. At higher coating thickness (> 50 µm), due to higher terminating bath voltages, sparking was observed. This results into very rough, spalled, and fibrous deposits. The microstructure of the anodic coating was examined with a scanning electron microscope.